The Terrytown Neighborhood Revitalization Pilot Program is a result of the Jefferson Parish Housing Stock Enhancement Strategic Plan, spearheaded by then-Councilwoman Cynthia Lee Sheng and JEDCO, which called for the launch of pilot programs to improve existing housing stock, neighborhood amenities, and infrastructure. Terrytown was the first such pilot neighborhood selected. After a series of meetings with community members, partners, and stakeholders to review challenges and opportunities, the project team—Jefferson Parish, JEDCO, and the Albert & Tina Small Center for Collaborative Design—developed a suite of actions through the Terrytown Neighborhood Revitalization Study Strategic Plan including zoning changes, architectural guidelines for homeowners, a model home pilot program, and dozens of other action items. 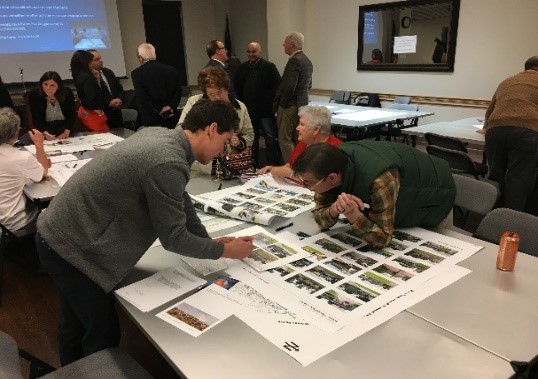 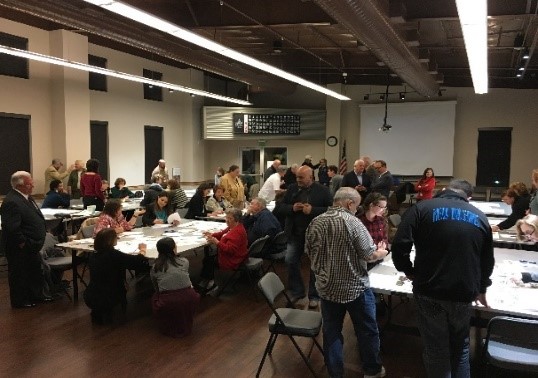 About Terrytown
Terrytown is located on the Westbank of Jefferson Parish and borders both Orleans and Plaquemines Parishes, bound by the Westbank Expressway (BUS 90), Holmes Boulevard, the Plaquemines Parish line, Belle Chasse Highway (HWY 23), and Whitney Avenue. The Terrytown community was founded in 1960 by developer Mr. Paul Kapelow as Jefferson Parish’s first planned suburban community. Kapelow named the community after his eldest daughter, Terry, and held the grand opening to the planned community on March 6, 1960, introducing the public and prospective buyers to 15 decorated model houses, marketed as low-cost as an effort to attract young families to the community. With the completion of the Crescent City Connection bridge in 1958, the neighborhood was poised for relatively rapid development. Common to the era, Terrytown’s homes were designed in the style now known as “Mid-Century Modern,” which was widely adapted in America as post-WWII suburbs boomed due to the GI Bill and other factors.

Terrytown now has an estimated population of 24,189 residents and a wealth of community strengths, opportunities, and challenges. Its location, strong community ties, history, and affordable housing prices make it a strong candidate for such a housing stock and neighborhood enhancement strategy. A full list of action items can be found in the Terrytown Strategic Plan.